Manchester City secured an unusual domestic treble with a 6-0 victory over Watford in the FA Cup final at Wembley Stadium.

NATHAN SALT of Sportsmail reviews the performances of City's heroes and the run-up to Watford. 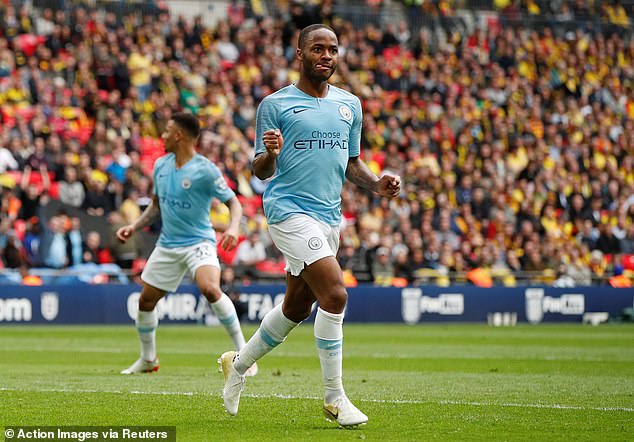 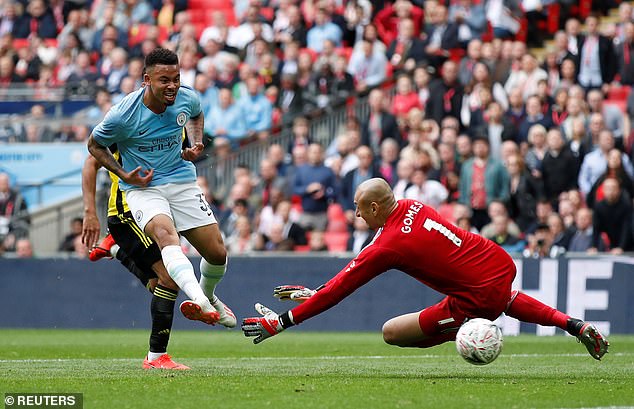 Made a crucial one-on-one save to dismiss Roberto Pereyra at 0-0. Rarely was it difficult then to take control of City.

Was more and more frustrated by Riyad Mahrez for him when he saw to use his pace. Improved when the game was dry.

Apparently to enjoy the trouble with Troy Deeney and if this should be his last game for the club, he will pass with a trophy. 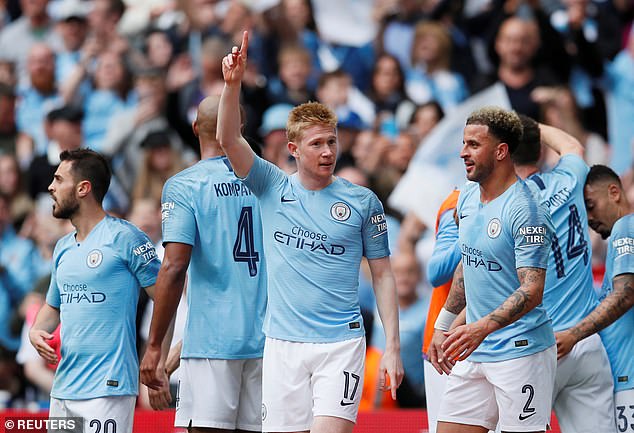 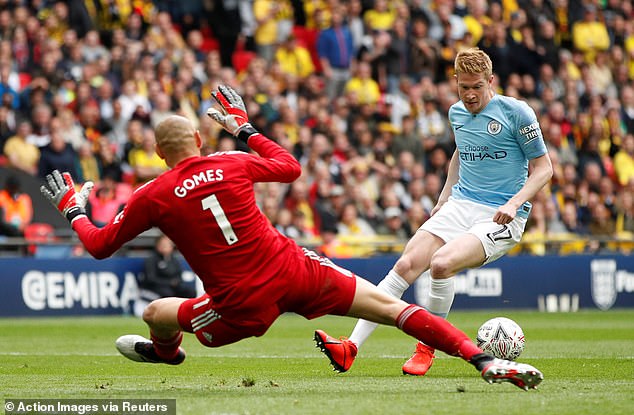 A quiet afternoon should not ruin his growing confidence as a leader in City's back line. Can step up if Kompany leaves.

You look much more comfortable ahead then back. Leave too much room where Watford should have exploded.

Gives the ball farther away than it normally does. A pleasant, if spectacular afternoon. 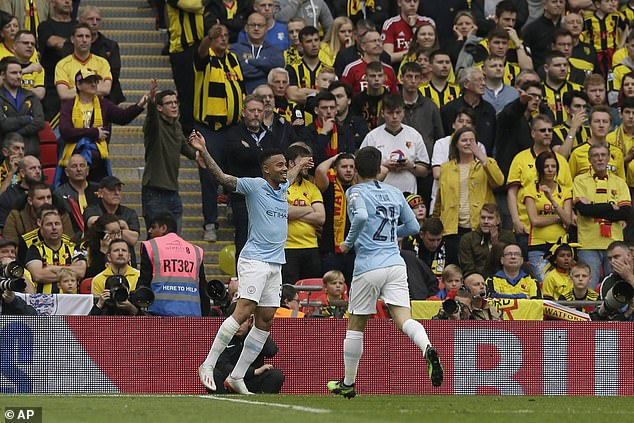 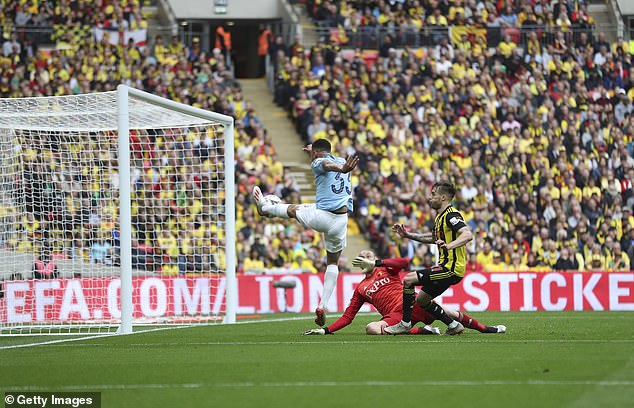 Set City on the road with the opening goal and continue to bring calm to Pep Guardiola's midfield.

A privilege to see. Was influential for the opening of two goals and the pass for Gabriel Jesus was of the highest quality.

Seen a lot of the ball, but just the quality required when he counted. Hooked for the hour. 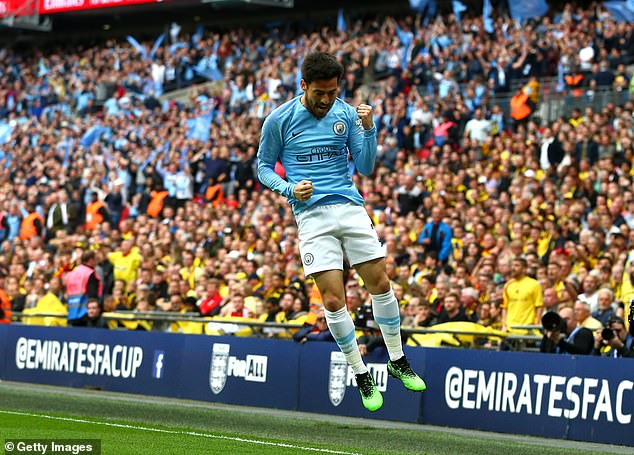 Finish off a great season with a performance that is not to be expected. Tore Watford to pieces in the second half with a smart brace.

Trust of his manager paid to get him started. A brace and an unselfish assist for the third proved a job well done. 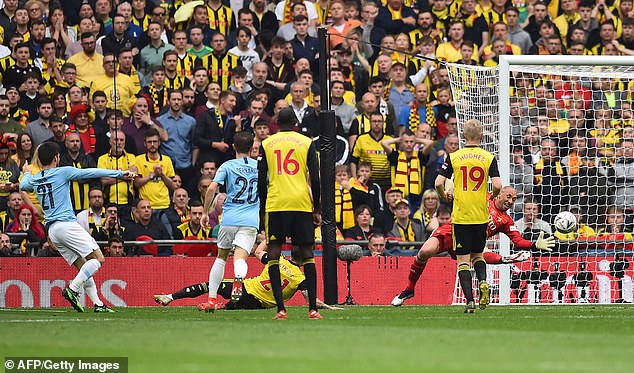 He couldn't do much about most of his goals, but will be disappointed to bring down curtains on Watford's career by sending six.

Life found difficult against Zinchenko and Sterling and will be frustrated to deflect in Silva's opener.

When the game was postponed, he lost all sense of form that was largely absent from the first half. A tough 90 minutes.

Seach composed before City went through the gears. Big holes were left blank when Watford pursued a route back into the game.

Did well to cancel Mahrez's threat early, but he struggled against it and was guilty of losing Sterling for the fifth goal. 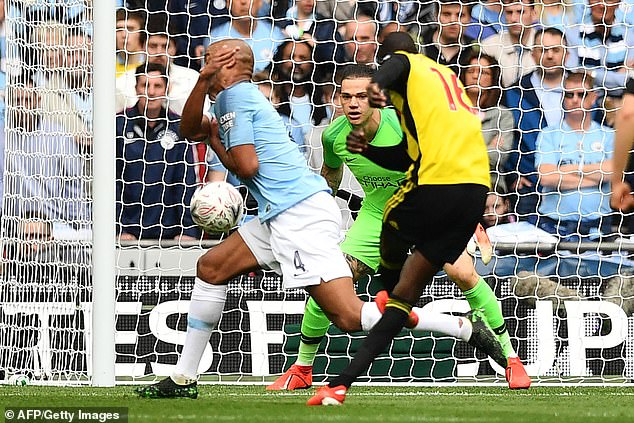 Always a tough question against City midfield and that proved that for Hughes. Game largely passed him by.

Neat and neat for big plays of the game and did enough to knock Gundogan off his stride. Will have interest from rivals this summer.

Lost possession in build-up to first goal and struggled to keep a lid on emotions when conversations went against him. Books.

Was a threat in wide areas for Watford, but will be left wondering what might have been if he scored when he reached the goal early. 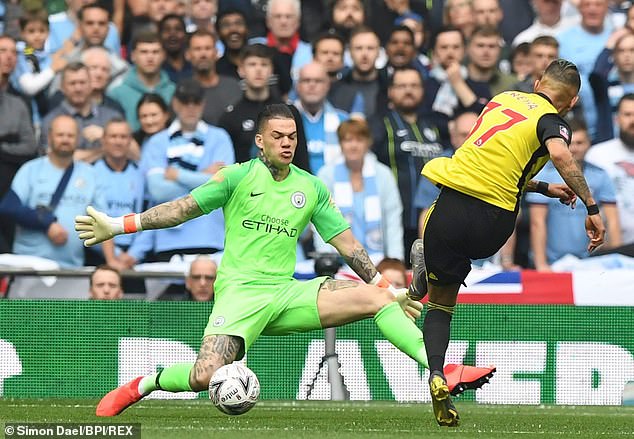 Roberto Pereyra missed a chance to give Watford the lead; forcing a saving from Ederson 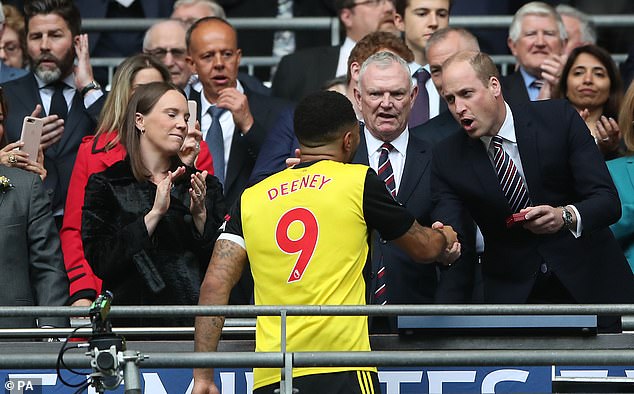 The hero of the semi-finals found life this much more difficult. Became a little service to work with and was the first change.

Prove a key asset in the air, winning flick-ons and second balls that gave Watford a leg up. Will be disappointed that he didn't test Ederson anymore.

Was bold to start with two forward and can be proud to get this far. Gap in quality was obvious when the game wore on.