By Riath Al-Samarrai for MailOnline

The British 4x100m women's relay quartet suffered a shameful elimination Saturday in the heats at the World Relays in Japan following a swift change.

The four of Crystal Awuah, Desiree Henry, Ashleigh Nelson and Daryll Neita were expected to make Sunday's finals comfortable, with 11 relay medals between them across the Olympic, World, European and Commonwealth Games levels.

But after Awuah and Henry started the team off to a solid start, Nelson left too early before being compensated and not making the change.

It was a disappointing result for a relay program financially heavily supported by British athletics, not least at & # 39; qualifying places in Yokohama at & # 39; highlights for the relays at the World Cup in Doha later this year.

Henry and Neita both formed part of the quartet that took silver in London 2017.

The & # 39; men's 4x100m of men from CJ Ujah, Harry Aikines-Aryeetey, Adam Gemili and Nethaneel Mitchell-Blake rounded out the best time this year & # 39; the world to win their heat in 38.11. They will run in the finals on Sunday. 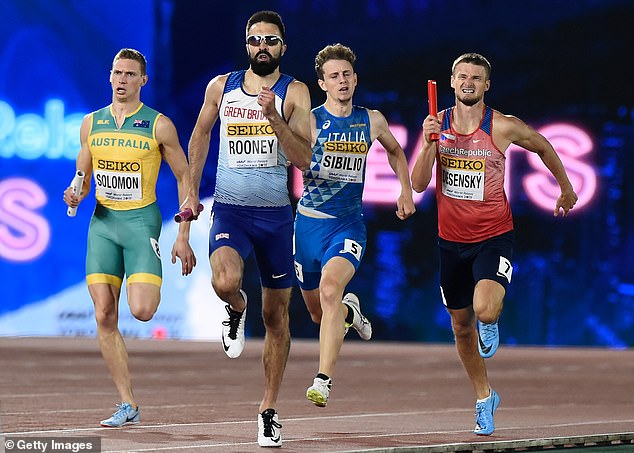 The 4x400m men and women also reached their finals, qualifying for the relays in Doha, along with the men's 4x100m team.

For the first run of a mixed 4x400m relay in Doha, the British quartet of Alex Haydock-Wilson, Finette Agyapong, Anyika Onuora and Jamal Rhoden-Stevens failed to make the final after & # 39; they were the 12th fastest time in & # 39 ; heats clocked.